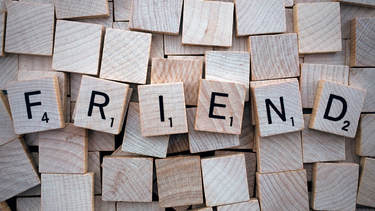 I’m probably in the minority in not understanding fully what Advent is all about. I get that it’s beyond a fight for Christmas to be recognized for what it really is – the birth of Christ and all that means – instead of frenzied gift-giving, partying and, generally, conspicuous over-consumption. Being prepared is a little harder to grasp, frankly.
Fr. Kevin’s homily on the first Sunday of Advent this year helped to nudge my understanding of the season a bit closer to where it probably belongs. As I heard his broader description of preparedness, I began to realize that might be what I have been trying to do, and necessarily knowing it.
A number of events over the past several years have caused me to question my real commitment to family and friends. It’s not that I haven’t been committed to them, but I was pretty sure I wasn’t showing it with much vigor.
When two friends died prematurely within a week of each other a few years ago, I lamented my lack of attention to them. One died unexpectedly, the other following an illness I was unaware of (because I hadn’t paid attention.)
When I was considerably younger, a family member died suddenly and it jolted me into calling my father to tell him I loved him. It was a clumsy attempt, but I think he got the gist. However, many years later, I seemed to have let slip the importance of connecting regularly with those in my life who matter.
Since I couldn’t see a way of making amends with the friends who died, I decided I could pay more attention to still-living family and friends. Others seem to have it figured out. But, it’s something I’ve needed to focus on, with varying degrees of success. Perhaps it was not really believing I had much to offer, but that self-centredness was contrary to the spirit of supporting others.
Then, a serious accident helped to push me further along in my recognition of what it means to be there for those in need. The many people who visited me in the hospital, unselfishly and unconditionally, illustrated pretty clearly a behavior that goes with being a good, concerned human.
One of the ways I’ve been able to make some sense of coming through an accident still alive, and seeing the broad support, is through song-writing. A possible explanation is that “God is not done with you yet,” some unfinished business. I continue to work on living up to the term friend, particularly when friends are needy. Needy friends are a growing reality that comes with aging.
Another song laments not being there at the end, or before, with friends. There’s always an excuse, usually something else going on, but never a good reason. “You don’t know what tomorrow brings; you can hope it’s better. Hope is just a good start, it’s what you do that matters,” an admonishment to myself, mostly.
So, as with all my growth in faith, Advent is a reminder of how I want to be throughout the year. This season presents other opportunities to being prepared – connecting with friends enduring cancer treatment.

May you have a Blessed Advent.
Site Proudly powered by the Holy Spirit