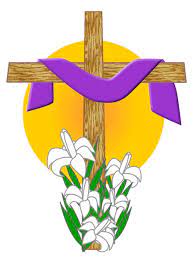 On Monday, October 16 we go to the polls to vote in the municipal election.  We’ll be asked to choose candidates to fill positions on our city council.  The media will cover this event closely and give us the blow-by-blow of the races, winners and losers of this campaign.  It is important that we get out to vote, that we exercise our rights in the democratic process.
​
There is, however, a whole other race which the media will almost completely ignore, but one which we, as Catholics, should be very aware!  That is the election of our Holy Spirit School Division trustees, the women and men to whom we entrust decisions regarding the future of our children’s Catholic education!  In their hands is the future of Catholic education itself!  These trustees must defend Catholic education in a time when there are many forces which would like to see the end of the Catholic Education system.  When you vote on October 16, insure that you receive a Separate Schools ballot and not a Public Schools ballot so that your vote is supporting our Catholic schools!
​
There are seven men who are running for the five trustee positions which represent the City of Lethbridge Catholic residents.   It is important that we, as Catholics, become informed about these candidates so that we can choose the best qualified and faith-filled people to represent our Catholic Education system.   Trustee candidates need to
Trustees must be able to defend our Catholic Education system both here in Lethbridge and before our Provincial Government in Edmonton.  They must be able to knowledgeably, and with conviction, represent our Catholic Education system before many other groups who would like to see Catholic Education stopped.  There are many reasons why groups actively pursue shutting down the Catholic Education system and some will be discussed later in this article.  For now, know that these groups exist and they are vocal about their wishes!  We, as Catholics, need to be equally knowledgeable and vocal in defending our Catholic Education system or we could see it slip away!

At a recent round-table discussion hosted by the Holy Spirit School District the following attributes of Catholic Education were discussed by parents, teachers and administrators:
1.  Catholic Education is rooted in the teachings of Christ.  It is, of course, counter-cultural and does not buy into society’s ideas of removing Faith as the foundation of all that we do.  The richness of Catholic Education therefore stems from having Christ as the beginning and center of all that is done in our schools, as He should also be in our lives!

2.  Catholic schools welcome non-practicing and non-Catholic families just as the Catholic Church does.  In the Holy Spirit School Division, in the 2016/17 school year, 51% of the students were baptized Catholics with another 14% of students being unbaptized but having one baptized parent.  That means that 35% of the students have affiliations with other churches or no church affiliations at all.  (In the province of Alberta there are 175,000 students served by Catholic Education, or about 30% of all Alberta students, in over 430 schools).   All children are treated with dignity, respect and love.

3.  Catholic schools in Alberta must operate under a dual mandate, that of being governed both by our Bishops and by Alberta Education.  While Alberta Education sets the curriculum that is taught in all schools in the province, Catholic schools have the added bonus of having the Faith component added to their studies.  This means that both students and staff have opportunities to learn more about the teachings of Christ through retreats, Spiritual Development Days, daily prayer, school Masses and visits from our priests, deacons and youth leaders!  Evangelization becomes an essential component of Catholic schools as they reach out to all who need to hear Christ’s teachings.

Defending our Catholic Education system can seem very overwhelming!  I have put together some information to help with responding to the more common arguments that are raised.
​
Argument 1:  Don’t Catholic schools take funding away from the public schools?  Isn’t it inefficient to fund two school systems in Alberta?
Response:  Catholic schools do receive public funding from the Alberta Government that comes from taxes (which is a gift from God that we should never take for granted).  This funding is given to all school districts on a ‘per student’ basis across the province in both public and separate schools.  Public schools are not ‘losing’ funding because Catholic schools exist.  Putting all students together into one school system would not provide more funding as there would be the same amount of funding.  We would still need the same number of schools, teachers and support staff as there are now.  Rather, putting all students into one system would eliminate the ability of parents to have choices regarding the education of their children.

For more arguments and answers see the following:  http://www.acsta.ab.ca/news/2017/4/4/catholic-education-confronting-fiction-with-facts

If you would like to know more about the candidates running for the Holy Spirit Trustee positions, here is a link:
https://sites.google.com/holyspirit.ab.ca/hs4trusteeelections/

Here are the websites I looked at in researching this article if you would like to do more reading about Catholic Education in Alberta and the challenges facing it.

http://www.acsta.ab.ca/     the website of the Alberta Catholic Schools Trustee Association