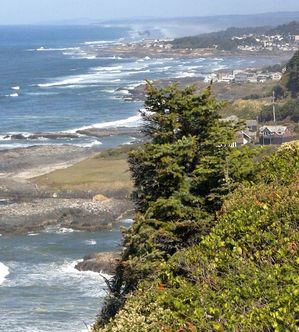 ​​Thanksgiving Day, we arrived home from a 5,000 km, one-month trip that took us down the west coast of the United States, a part of the world that certainly would help any thinking human being grasp Pope Francis’s recent messages about the environment.

I knew when we left Lethbridge Sept. 15 I would be writing this, but had not fully appreciated the scope of the Encyclical Letter of the Holy Father Francis on care for our common home. But, when you’re camping beside a creek in the Redwood forest of Northern California, it’s not difficult to be in awe of God’s creation, the part that has been protected largely from exploitation of the worst kind. Getting there took us through the back roads of British Columbia, Washington, Oregon and California which served as a reminder of the other end of the scale – what destruction man has inflicted and which Pope Francis fully addresses in his appeal for significant change.

Let’s face it: when I heard his plea to the world to better take care of it, he was preaching to the converted. Clearly, his message would not only remind me of where I have failed in caring for the Earth, but how I and “every living person living on this planet” who may just be taking the Earth for granted can start fixing what we’ve broken.

For those of you who haven’t read it, here’s how the Pope starts his letter to us:
“Praise be to you, my Lord, through our Sister, Mother Earth, who sustains and governs us, and who produces various fruit with coloured flowers and herbs. . . . This sister now cries out to us because of the harm we have inflicted on her by our irresponsible use and abuse of the goods with which God has endowed her. We have come to see ourselves as her lords and masters, entitled to plunder her at will. The violence present in our hearts, wounded by sin, is also reflected in the symptoms of sickness evident in the soil, in the water, in the air and in all forms of life. “

Pope Francis has been known as the pope of the poor from the start of his papacy. This Letter shows no inconsistency with that view. He refers to earth ”burdened and laid waste, (and) among the most abandoned and maltreated of our poor; she groans in travail (Rom 8:22). We have forgotten that we ourselves are dust of the earth (cf. Gen 2:7); our very bodies are made up of her elements, we
breathe her air and we receive life and refreshment from her waters.”

As well, he artfully illustrates how the poor of the world are most affected by our maltreatment of the earth.

He introduces the serious road ahead by suggesting, “If we approach nature and the environment without this openness to awe and wonder, if we no longer speak the language of fraternity and beauty in our relationship with the world, our attitude will be that of masters, consumers, ruthless exploiters, unable to set limits on their immediate needs. By contrast, if we feel intimately united with all that exists, then sobriety and care will well up spontaneously.”

It would be folly to try to summarize the letter, written in 72 pages and covering everything from the role we’ve all played as consumers, corporations, governments and even organized religion in damaging “the earth, our home, (which) is beginning to look more and more like an immense pile of filth,” to a longish list of solutions that make perfect sense.

Rather, I would urge anyone reading this to read the letter and determine how they can be involved in Pope Francis’s call  “for a new dialogue about how we are shaping the future of our planet.  We need a conversation which includes everyone, since the environmental challenge we are undergoing, and its human roots, concern and affect us all.

“Obstructionist attitudes, even on the part of believers, can range from denial of the problem to indifference, nonchalant resignation or blind confidence in technical solutions. We require a new and universal solidarity.”

What I have taken away from the letter is confirmation (not that I needed it) that this Pope is wise and that his message should be one of hope, although the detail he uses to illustrate the dire need for change in all of us could be seen by some as desperate.

The trip we just concluded certainly helped remind us “we were not meant to be inundated by cement, asphalt, glass and metal, and deprived of physical contact with nature.” How could you look at a 70,000-ton California grey whale feeding off Depoe Bay off the Oregon coast and not be in awe of God’s creation. Down the road, a redwood tree, the largest which was 1,800 tons (and the wood from which would build 18 houses like the one I live in), has been allowed to survive in an old growth forest  while behind the facade elsewhere, forests have been laid bare by “efficient” clear-cutting.

I’d encourage the reading of all 246 parts of the letter and the two prayers for our earth he leaves for us. I’m sure you’ll have a positive response to his general appeal for us all  “to experience a conversion, or change of heart (so that) there is the recognition that God created the world, writing into it an order and a dynamism that human beings have no right to ignore. We read in the Gospel that Jesus says of the birds of the air that “not one of them is forgotten before God” (Lk 12:6). How then can we possibly mistreat them or cause them harm? I ask all Christians to recognize and to live fully this dimension of their conversion.” 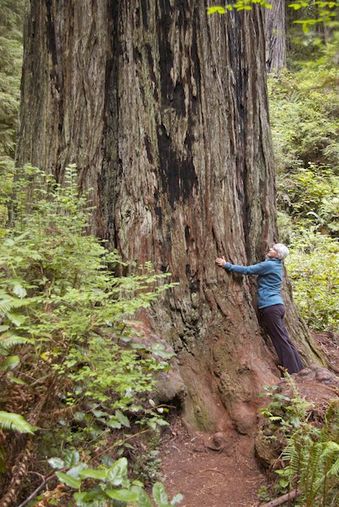