​An essay by her son, Gerald Morton 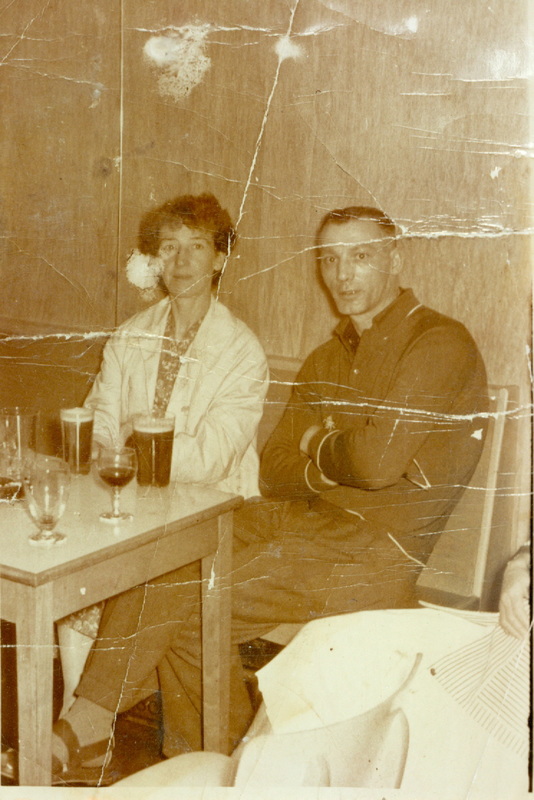 Mother’s Day, with all of its cultural and traditional forms, has a universal appeal. It is a bookmark by which we as adults turn to remember and appreciate the lives of our mothers.  In our family of five brothers and two sisters, we hold to a separate and ongoing tradition for our mother.  No special day is required.  The Posthumous Mother’s Day Card is an opportune moment for a recalcitrant son to tell something of his mother’s story.

Widely known by the name of Mammie Annie, our Mammie died long years ago - 45 years to be exact – March 19, St. Joseph the Worker Day.  I remember thinking at the time, “Ain’t right, Mammie not living long enough to see the fruit of her labour, witness her children rise, grow and become.”  Equally troubling was her children’s inability to return the benefits of Mammie’s sacrifice.  Even then, we understood the high cost of her efforts to give us opportunities.

From the time of her death – the funeral complete, the dust settling – we have a vague and generalised sense that Mammie remains with us.  Over the years, this sense has not been lost within the family and she remains a constant in all of our lives, a permanent condition of mind and a perpetual source of conversation in the good times, consolation in others.  Even today, a generation and change on, the family’s conviction persists – the unreasonable and improbable assertion that our mother may not have left us.  Against logic and reason, we her seven children no longer question the idea that she lives on, a palpable, persistent and benevolent influence in our minds and hearts, intertwined in the lives of her children.  On this one issue, despite our wide variance of personalities and divergent opinions on all other matters, there is unwavering unanimity.

I have had no doubts,  then or now, that what held Mammie together during the “Black Times” was her faith, her prayers and her children, and when she could no longer work, her daily Mass.  She had a deep, simple, obstinate and orthodox faith.  It wasn’t something she rented for the day or hung around her neck like an ornamental cross.  It was a relationship, a place where she met her God.

Mammie always lived in the east end of the city.  Her grandmother’s family had come to Glasgow’s east end when it was nothing more than a bog.  That would be the time when the Irish fled the Great Famine.  They in turn were met by the worst ravages of the Industrial Revolution – scarce and inadequate housing, high rents, low wages, poor work conditions, little health care, and much anti-Irish sentiment.  Born in the time of the Great Depression, Mammie lived with this history running in her veins and something of my matriarchal Irish grandmother’s granite-jawed, indomitable personality secreted below her calm exterior.

With the exception of her war-time service, which she never spoke of, Mammie remained and died in the shadow of the east-end environment.

She returned to a euphoric post-war Glasgow which continued its traditional path as a city paralysed by the intense economic austerity of the time, polarised by the effects of its historically religious contrasts, and marked by an age-old entrenched social stratification.  Its aging and decaying east end, reputed for its endemic poverty, witnessed the exodus of its people to outlying areas.  These were the days when our family, led by my mother, lived on the edge of economic disaster in the time of the virtual maelstrom of inequity seen in issues of housing, work, and education.  We called these the “Black Times”, a blight on Glasgow’s history, an inconvenient truth now only whispered at.  Even today I find it difficult to diminish the shadows of that time or manufacture light in their place.

These were the years for my mother of hard manual work in the local abattoir – undesirable menial work by any standard, without pride or dignity attached and with only a pittance of income.  Years of hard penury followed, aging her prematurely, so evident in her eyes and odd manner of walking.  The time she spent amidst this grinding poverty was too long.  Living on the scant, irregular and unstable income of the day served only to keep us from the edge of disaster.  She spent too long doing without, having little or nothing, making do, standing in line, losing out and giving up.  Then too, her rapid pregnancies with their miscarriages, sick children made so by their surroundings and the negative effect of the home environment, and finally an infant death from which she never recovered, all culminated in her inevitable breakdowns.  And then there was my father, a creature of his time, a returning soldier overwhelmed by the carnage and realities of war.  Unable to adjust to the changing times, he never really made peace or found it in himself.  In her way, Mammie carried him faithfully on her back like a cross, from one foxhole to the next, from the day they married ’til the day he died.  The war had crippled him and he wandered in a dreamlike condition of which he was always the centre.

Given the circumstances of her life, Mammie’s death was premature and predictable.  We as family conspired to say it was cancer.  But cancer was the secondary cause.  The real cause was the Times.  A lifetime later, I’m not sure if there was any way to prepare for the catastrophic effects of the “perfect storm” and the seismic aftermath following in the wake of Mammie’s death.  It constituted an unimaginable, unspeakable and unfathomable loss – my father deceased, the children mostly young and now orphaned, and the family, with our backs to the wall, in the throes of dissolution.

Viewed dispassionately, my mother’s life was unremarkable, as if she had entered into and exited from it without a discernible ripple, as if her coming and going passed unnoticed.  She was not the model of post-war woman and motherhood found in periodicals of the time.  She was quite ordinary, intensely private and independent, a plain woman who lived, spoke and dressed plainly.  Neither did she drive or travel nor move beyond the borders of the social order imposed at the time.  She never attempted to rise above her station, never held office, and wasn’t part of any political party or civic group.  She earned no academic degree and wrote no books.  If she discovered some unique truth, beyond the living of her faith, it died with her.  In many ways it could be said that her life appeared to lack aspiration for it was not marked by ambition.  Some might argue that her life was a failure. The truth was always clear and never lost to her children.

My mother’s life was short and difficult and there were a few times when she had neither the education, energy nor skill to navigate the difficult struggles of her time.  Despite her circumstances – the social violence of discrimination and domestic violence and her life of poverty and hardship – she saw beyond it, brought consequence to it, rose above it, and brought dignity to it.  She gave hope to another generation with her generosity, sacrifice and her stubborn, obdurate faith.

It would not be an overstatement to say that she  imbued in all of her children a deep sense of faith and justice, giving opportunity to a generation yet unborn by the legacy of  her faithfulness to her church and her family.
The above photo is of ​Gerald’s parents (summer of 1959), the only known photograph of  his parents together.  The family think this is the only time he  took mammie out.  I understand she paid for the date.
Interestingly the white coat she is wearing is the only store bought item she ever  purchased.  It was the only coat she would ever own.