By Gerald Morton
I gave them no time or thought. The other teaching that was hard wired in my mind was work. We believed in a “foot on the ground” type of reality. For us, work was creed-like. Dreams don’t pay the rent or unmet debt. I lived to work. By the winter of ’93, my early middle-age, I had worked myself to the edge of the precipice. I believed falsely that I had “arrived” and that beyond this nothing existed. In Scripture, this is known as acedia, the “noonday devil;” an unspoken evil of our time.

Without prior warning, I awoke from sleep on a winter’s night to find I didn’t know if it was day or night, a dream, perhaps that illusion which people have before they pass. Nothing was as it should be. Everything was out of square, from open bedroom drapes and windows hiked, to muted lighting in the room, now a halogen-like beam and furniture I didn’t recognise. I climbed out of bed to find I was wearing oil-soaked coveralls, my boots laced to go, mud ankle-high. The experience doesn’t end. Despite the inauspicious hour, I drove to work to make things right, take away this blight. What was there made less sense than the bedroom which I had left. There were no lights, no guards at gate, which was now ajar and swinging in the wind. No cars in sight, only signs of flight and decay, as if some apocalypse had been. How could this be done overnight? Whoever had been here had gone away. I thought, “Just go home.” The dawn was rising. In my dream now I passed a church I knew. I stopped to clear my head. No matter how long I waited at its doors, they were locked. No one came. No cars in the parking lot. The only thing left to do I thought, “Just go home.” My driveway was empty, there were no cars in sight, no lights, and doors flapping in the wind. Seems no one had been there for many years, now fallen to decay.

Then I awoke from that dream, paralysed, in white heat terror, my wife still in bed asleep, unaware. When she wakes all she has revered and me and tools and plant and church will be shuttered soon. The rending had begun.

I believe it was four months later that the parent company closed. No one recalls that I said our plant would close. No one heard what I said. It flew in the face of logic. Wife and children moved away, I hit the skids. I was in free fall down an open hole. I found myself homeless, walking west on Hwy #3 on December 26th, with the change in my pocket. The church survived to live another day, but was later shuttered. The only thing left to my name was my car. I remembered coming home from a night shift on Hwy #3 and fell asleep. I came off the highway into a culvert and a ditch. Even today I can’t fail to see the connection between that incident and the waking dream.

In the wake of this, I received a call from a well-meaning someone whom I barely knew, asking after my well-being. Before I could put the phone down, she asked to pray the rosary with me. Before I could tell her, “I don’t pray no rosary,” she launched into the rosary. I fell asleep. I slept in something other than a chair for the first time in many months. I had a second dream. I was in a waiting room with two suitcases. I was then invited into a room quite separate from the first. The lighting here was quite different, soft, almost green in tone. There were people present. Though I couldn’t define their faces, their voices were warm and welcoming. They asked about my suitcases. I realised that the contents of my suitcases were the circumstances of my life, which they invited me to share. The first suitcase was lighter than the second. My timesheets and CV weren’t there. They didn’t say much for some reason. They quickly moved to the next suitcase. By then I realised that the second suitcase was infinitely heavier and contained the failures of my life. Much as I tried to explain my failures away, the only question I was asked was if I had done my best. Their only reaction to my answer was their collective smile. I awoke, immediately refreshed in mind and heart. 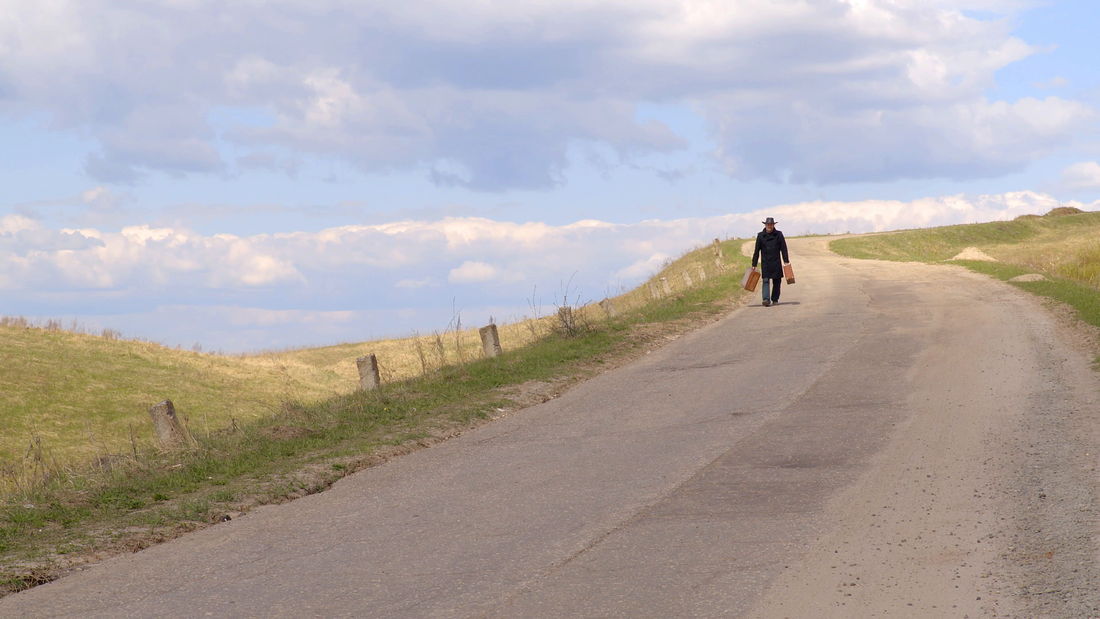